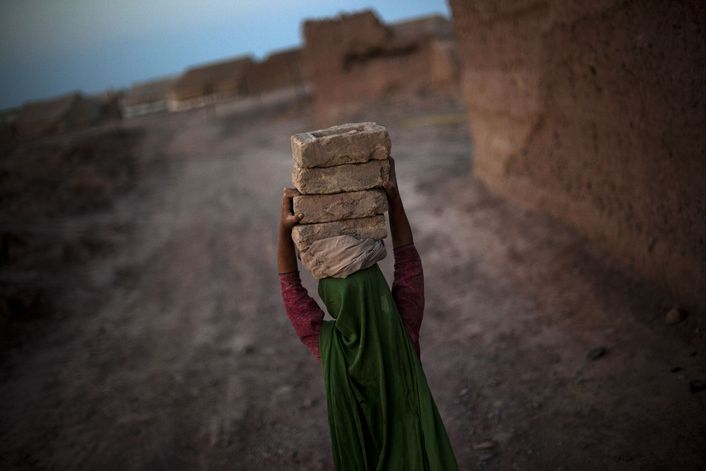 NEW DELHI — If Tabasom wants to meet other Afghan writers or to use the Internet, she faces not just a four-hour walk but other constraints.

“I need to have a man all the time with me when I come to Kabul,” writes Tabasom, a woman in her 20s. “We can’t walk alone here in Logar,” the province southeast of the Afghan capital. She says she would like to work outside the home, but is afraid. An aunt, a nurse, was killed by the Taliban.

And yet, like the 75 or so participants in an unusual initiative called the Afghan Women’s Writing Project, Tabasom has found ways over the last two years to tell her story.

For the first year or so after its inception, the project was “flying under the radar,” its founder, Masha Hamilton, an American journalist and novelist, said by phone. The initial contributors were recruited through friends in Kabul; these women in turn referred others from farther afield, in Herat, Fargana, Kandahar and elsewhere.

As the women began offering anecdotes about their lives, political commentary and even poems to this online magazine, Ms. Hamilton brought together a loose coalition of activists and fellow writers to act as mentors. To remain part of the workshop, the women must reside in Afghanistan and file at least once a month. In August, the project went a little more public with a campaign called Freedom to Tell Your Story.

Still, the project maintains a certain level of secrecy to protect its writers, women who may fear reprisals from family or the local authorities when they discuss arranged marriages or the disappearance of relatives. The Internet center in Kabul that serves as a hub for many of the women is at an undisclosed location. Most of the women are identified only by first name, or by pseudonyms. Two of the 75 have insisted on complete anonymity.

“In most cases,” said Ms. Hamilton, who is based in the United States and recently returned there from a visit to Afghanistan, “their families don’t know, and they don’t want their families to know.”

The women are free to write about anything they choose, and many of them do just that. Fattemeh wrote about the scent of wet grass; Roya created a childhood “Museum of Memories”; Norwan mused about marriage traditions.

But while the project began, as Ms. Hamilton said, as “a kitchen table idea” after she had worked as a reporter in Afghanistan in 2004 and 2008, she is also clear that it was intended to be “an act of activism.” Many of the writings the women have submitted are about the difficulty of getting an education or being allowed to work. A participant named Leeda wrote about a girl’s descent into “poppy addiction” after her forced marriage.

Other issues include family pressures, wearing the burqa, President Barack Obama’s speeches and debates over the merits of partitioning Afghanistan — in the two years of the project, the contributors have offered their views with a growing self-confidence.

Perhaps what they reflect is the subterranean history of resistance by women in Afghanistan.

As is well documented, the women of Afghanistan lost many of their rights when the Taliban seized power in 1996, forbidding women to work outside the home, or to leave home unless accompanied by male relatives. Change since the Taliban were driven from power in 2001 in the U.S.-led invasion has been slow. Afghanistan was recently named the world’s most dangerous country for women in a survey conducted by TrustLaw Women, a program of the Thomson Reuters Foundation.

But 2001, before the invasion, was also when Nasrin Arbabzadeh, then the leader of the Afghan delegation to the Third Muslim Women’s Games, made an impassioned plea to the Taliban authorities. “We are here to say Afghan women are alive and want an active part in social life,” she said.

In 2003, Malalai Joya made international headlines when, as a delegate to the Loya Jirga, the national assembly called to consider a new constitution, she delivered a speech denouncing the domination of local warlords, calling them anti-women. Her criticism of what she called “war criminals” in government earned her death threats and suspension from Parliament in 2007. She chronicled her struggles as an Afghan woman in her 2009 memoir, “A Woman Among Warlords.”

And in February 2011, the Afghan Women’s Network, an umbrella organization of rights groups, resisted when the government attempted to shut down all 14 shelters in the country for abused women. In an open letter, the women’s network castigated President Hamid Karzai: “We, the women activists, are accused by the government of having dishonored the national pride by publicly exposing the egregious and often humiliating violations of rights that women are exposed to. This, they said, shames us in the eyes of the world. This? The revelation of human rights abuse? This shames us?”A few days after the letter was released, Mr. Karzai’s government appeared to backtrack, and the shelters are still operating.

The women in Kabul and Herat who help to run the Afghan Women’s Writing Project come from this tradition of resistance in often desperate circumstances. “It’s when women write about the tough stuff going on in their lives that empowerment happens,” said Ms. Hamilton, who stressed that it was always the women who decided what they wanted to write about, and how much they wanted to disclose. “We believe that it is important, crucial, to hear the voices of ordinary women — especially as Afghanistan moves towards the planned pullout of troops in 2014,” she said, referring to the promised withdrawal of U.S. combat forces. “It’s crucial for women’s experiences to become part of the discussion about national development.” The diversity of these experiences is enormous.

In one piece, a woman running for Parliament describes the experience of campaigning among Pashtun nomads, her own steep learning curve and her ambitions for the future. If that story is relatively upbeat, the next one, by an unnamed writer, underlines the bleaker reality of the lives of many Afghan women. She says that she is being pushed into marrying a man whose family will not let her work, study or even step outside the house. “What I write here are the wounded and torn pieces of my heart and the secrets an Afghan girl suffers. I am like a piece of cloth. I cost little. Who will buy me?”