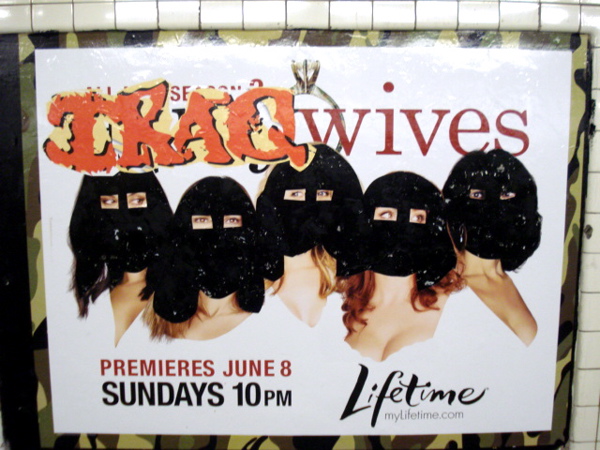 Women’s rights and the regulation of gender and sex norms in the Arab world have long been put under the spotlight by local and international activists in addition to local and international politicians and nongovernmental organizations (NGOs). This year, the ongoing uprisings in the Arab world have brought into focus some dominant ways that sexual and bodily rights are framed, gendered, and politicized. These can be grouped under three loose themes, each of which deserves further study: One is the equation of gender with women and/or sexual and gender minorities. Two is the fear of Islamists. Three, is the use of gendered and sexed violence to discourage or discredit protests and revolutionaries. Such a selective focus on sexual and bodily rights obfuscates power dynamics and contexts that are always also at play when discussing a particular political, historical, or economic issue.

It is an old complaint that the study of “gender” is in fact the study of people who are not “white” (i.e., not racialized) hetero-normative men. Such an equation hides that gender is not something one can be outside of. It is not an analytic lens that can be withheld and deployed according to the genitalia and/or sexual practices of the group or topic under study. Thus we have seen journalists and academics write about “protestors” without mentioning gender until they get to the “female protestors.” The same deployment of gender is used to talk about citizenship more generally, where the “citizen” apprears as an unmarked and universal category until studies of “female” and/or “Lesbian, Gay, Bisexual, Transgender, and Queer (LGBTQ)” citizens (and non-citizens, by the way) disturb this chimera. When we read of these “female protestors” are we to assume that all previous analysis of “protestors” has been about men? If so, why does this not factor into analysis? Are men not gendered? Is citizenship an ungendered and undifferentiated category except when talking about female citizens? If we believe that an attention to gender is important to understanding how women live their lives, then why not extend the same courtesy to men? What power dynamics and hegemonic discourses are being reproduced with every selective deployment of “gender” in the media and in every syllabus on “politics” or “citizenship” that includes one or two weeks (yay!) about “women” or “gender?” The equation of gender with non-hetero-normative males is as old as the genesis of “gender studies” itself. We are seeing this equation play out again in coverage and analysis of the Arab uprisings, where a study of “gender” has become a synonym for the study of women and LGBTQ Arabs.

Masculinity studies is a growing and robust field that teaches us to be vigilant in questioning the ways that a gender analysis is deployed and withheld. Everyone is gendered, just as everyone, rich and poor and middle class, is “classed.” In fact, the current deployment of a gender analytic is akin to studying the class grievances, backgrounds and anxieties of only half of the Egyptian or Syrian population, for example. The assumption that socio-economic class is only an analytic to study those that are notmembers of the privileged classes reproduces international and national political and economic dynamics, alliances, and interests. Likewise the division of gender justice from economic justice lends itself to debates on female “quotas” in various parliaments that do not take into account the need for economic diversity among parliamentarians.

A second prevailing mode of framing, gendering, and politicizing the uprisings is the fear of Islamists. As Islamists gain ground in Egypt, Tunisia, and Syria concerns over their potential gender policies continue to fester. While such concerns and interest are certainly important, why do they gain such momentous traction only when it comes to Islamists? After all, have non-Islamist Arab political parties and powers had such wonderful and progressive gender policies all this time? This selective fear of Islamists rests on familiar assumptions about Islam (scary) secularism (redemptive and progressive) and other religions (huh?). Thus the victory of Islamists in Egypt’s elections is cause for anxiety (about what they might do) among international feminists and gender activists, in addition to groups and individuals such as The Center for Secular Space and Hillary Clinton. But spitting on eight-year-old girls or stoning women (yes, stoning) who violate the gender code of Orthodox Judaism is a headline, not a discourse on women’s rights and patriarchy in Israel or in Judaism. But I am sure that if women were stoned and/or spit on in he streets of Homs for not wearing the hijab it would be about Islam and about the dangers that the Syrian uprising poses to Syrian women. Similarly, the victory of Islamists in Tunisian elections is scary because of what they may do in regards to women’s and LGBTQ rights. But Rick Santorum’s bible-fueled anti-woman and anti-gay campaign/crusade says nothing about the gender politics of Christianity. In addition, many Arab secularists dismiss the Egyptian and Tunisian elections primarily because Islamists won, and many try to dismiss the Syrian uprising by branding it “Islamist.” Interestingly, many of these thinkers were (rightly) quick to condemn Israel and the United States’ refusal to work with Hamas after their electoral victory. To paraphrase Fawwaz Traboulsi: Islamists won. Deal with it. Traboulsi also makes the important point that now that they are in power, Islamists will actually be held accountable for all the fantastical promises they have made for decades. We will now get to see, for example, if Islam, or this brand of it, is truly the answer to a chronically clogged sewage system in Cairo. For their part, some mainstream journalists have become obsessed with finding the women on the streets of Syria. When they find them they describe their clothing with the type of attention to detail that can only indicate something of deep significance. Thus women protesting in Syria are in “western dress” or not, they are “secular looking” or not, and some of them (believe it or not) have boyfriends and drink alcohol.

Gender equality and justice should be a focus of progressive politics no matter who is in power. A selective fear of Islamists when it comes to women’s and LGBTQ rights has more to do withIslamophobia than a genuine concern with gender justice. Unfortunately, Islamists do not have an exclusive license to practice patriarchy and gender discrimination/oppression in the region. The secular state has been doing it fairly adequately for the last half a century.

The third frame we can employ to understand dominant discourses related to the uprisings are the uses of gendered and sexed violence to discourage or discredit protests and revolutionaries. The Mubarak regime and the Supreme Council of the Armed Forces (SCAF) have used sexual violence to discourage and discredit Egyptian protestors and revolutionaries. Female protestors and activists have been subjected to “virginity tests,” vicious beatings, and charges of immorality. In fact, everywhere there has been an uprising, the regime in question has propagated a discourse of immorality among male and female protestors. In Yemen women were actively discouraged from joining protests by security forces who targeted them for repression. In Bahrain a cry for “public morality” was thrown against men and women fighting to overthrow a repressive monarchy. Such statements are meant to discredit protests and protestors as cesspools of immorality and sexual licentiousness. In turn, the spectacle of Egyptian security forces publicly beating and dragging a woman down a street is a warning to others. It is forcefully implied that women and men should stay at home and away from the impunity with which (secular) security forces can violate a protestors’ body.

Arab regimes are not the only actors using sexed and gender violence to discredit protestors and revolutionaries in the Arab world. As the hysteria surrounding the sexual assault of Lara Loganrevealed in the days when the United States was still trying to assure Mubarak’s longevity, the protestors were in fact a sex crazed reactionary and dangerous mob. In addition, “women’s rights” in Egypt and Tunisia have been twinned with the type of state feminism advocated by their respective former first ladies, a cynical use of gender rights by authoritarian regimes that were thus branded ‘reformers’ by their western allies. In fact, reading the American press, it seems that the daily reality of sexual violence is important only to the extent that it can be harnessed to other political causes and projects. Furthermore, a selective emphasis on some sexual and gender violence decontextualizes those violences from the larger infrastructures of oppression that people live under. For example, Israeli attempts at “pinkwashing” its settler colonization of Palestine highlight how Israel saves gay Palestinians from their Islamic culture. In this way, the Israeli state hopes to paint Palestinians as homophobic Islamic fundamentalists in order to discredit now well over a century of resistance against settler colonialism and apartheid.

These are frames that have been used to discuss “gender” in the Arab uprisings: One, gender means women and gays. Two, Islamists (and only Islamists) are scary and dangerous to women and sexual minorities. Three, the legitimacy of a popular uprising and/or revolutionary struggle can be gauged by how it treats “their women” and “their gays.” All three of these frames are highly selective and politicized. Furthermore, each reproduces and invites practices of patriarchy, Islamophobia, authoritarianism, and colonialism. By using these frames gender justice is divorced from struggles for economic and political justice, and the revolutionary potential of this three way marriage is once again smothered.