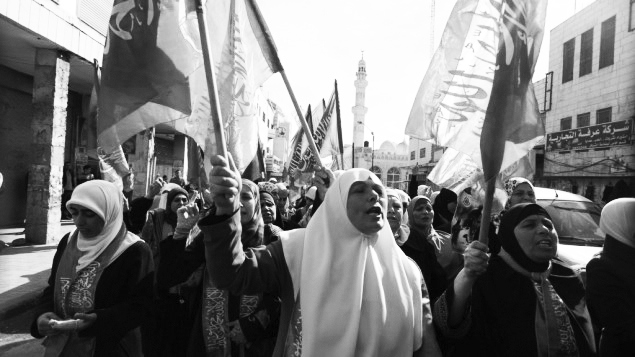 In The Fog of War, Errol Morris’ excellent documentary, former U.S. Secretary of Defense Robert McNamara speaks about a certain inability to understand the enemy – one that stems from a lack of empathy.

In the film, McNamara, a brilliant systems analyst, who is today associated more than anything with the Vietnam War, says that part of President Kennedy’s successful management of the Cuban Missile Crisis was his administration’s ability to put itself in the shoes of the Soviets and understand their point of view. “In the case of Vietnam,” he says, “we didn’t know them well enough to empathize.” As a result, each side had a completely different understanding of what the war was about.

This understanding came to McNamara only in 1991, when he visited Vietnam and met with the country’s foreign minister. McNamara asked the foreign minister whether he thought it was possible to reach the same results of the war (independence and uniting the south with the north) without the heavy losses. Between one and three million people died in the war, most of them Vietnamese civilians. This does not include the hundreds of thousands of casualties in the war against the French, which took place shortly before. Approximately 58,000 American soldiers were also killed in the Vietnam War.

“You were fighting to enslave us,” yelled the foreign minister at McNamara, who in turn replied that that is an absurd notion. The two nearly came to blows. But as time passed McNamara understood. “We saw Vietnam as an element of the Cold War,” he says, whereas what the foreign minister was trying to tell him was that for the Vietnamese it was a war of independence. Communism was not the heart of the matter for the Vietnamese. They were willing to make the worst sacrifices because they were fighting for their freedom – not for Marx or Brezhnev.

Nations will make inconceivable sacrifices in these kinds of struggles. An entire one percent of the Jewish population was killed in the 1948 war. The public accepted it painfully and with a stiff upper lip because they felt, just like the Vietnamese, that they were fighting for their lives and for their freedom. We have become so much more susceptible to loss, not because we went soft, but because we have a deeper understanding that despite all the “we’re fighting for our future” slogans, 2014 is not 1948.

Over 2,000 Palestinians were killed in all three military operations in Gaza, not including the Second Intifada. Most of them were civilians. I’ve exchanged emails with people in Gaza in the past few days. These are people who don’t care much for Hamas in their everyday lives, whether due to its fundamentalist ideology, political oppression or other aspects of its rule. But they do support Hamas in its war against Israel; for them, fighting the siege is their war of independence. Or at least one part of it.

The demand that the people of Gaza protest against Hamas, often heard in Israel today, is absurd. Even if we disregard the fact that Israelis themselves hate protests in times of war, they still expect the Palestinians to conduct a civil uprising under fire. The people of Gaza support Hamas in its war against Israel because they perceive it to be part of their war of independence. A Hamas warrior who swears by the Quran is no different from a Vietcong reciting The Internationalebefore leaving for battle. These kind of rituals leave a strong impression, but they are not the real story.

Israelis, both left and right, are wrong to assume that Hamas is a dictatorship fighting Israel against its people’s will. Hamas is indeed a dictatorship, and there are many Palestinians who would gladly see it fall, but not at this moment in time. Right now I have no doubt that most Palestinians support the attacks on IDF soldiers entering Gaza; they support kidnapping as means to release their prisoners (whom they see as prisoners of war) and the unpleasant fact is that most of them, I believe, support firing rockets at Israel.

“If we had planes and tanks to fight the IDF, we wouldn’t need to fire rockets,” is a sentence I have heard more than once. As an Israeli, it is unpleasant for me to hear, but one needs to at least try and understand what lies behind such a position. What is certain is that bombing Gaza will not change their minds. On the contrary.

“But if they didn’t fire rockets or launch terror attacks there would be no siege. So what do they want?” the Israeli public asks. After all, we already left Gaza.

Back to McNamara and The Fog of War. If the citizens of Vietnam would have abandoned Communism, McNamara told the Vietnamese foreign minister 1991, the U.S. wouldn’t have even cared about them. They could have had both their independence and their unity. But in the eyes of the Vietnamese, things looked completely different. As soon as they managed to drive out the French, in marched the Americans. Colonialism simply never stopped. The choice was between a corrupt U.S.-sponsored regime in the south and a horrific war with the north.

For the Palestinians, the choice is between occupation by proxy in the West Bank and a war in Gaza. Both offer no hope, and neither are forms of freedom. The Israeli promise — that an end to armed struggle will bring freedom — is not trustworthy, as the experiences of past years has shown. It simply never happens. The quiet years in the West Bank have not brought the Palestinians any closer to an independent state, while the truce in between wars in Gaza has not brought about a relief from the siege. One can debate the reasons for why this happened, but one cannot debate reality.

Hamas tells the Palestinians the simple truth: freedom comes at the cost of blood. The tragedy is that we usually provide the evidence. After all, the evacuation of settlements in Gaza came after the Second Intifada, not as a result of negotiations. The Oslo Accords came after the First Intifada; before that, Israel turned down even the convenient London Agreement between Shimon Peres and Jordan’s King Hussein.

Israelis are convinced they are fighting a terror organization driven by a fundamentalist Islamic ideology. Palestinians are convinced Israelis are looking to enslave them, and that as soon as the war is over the siege will be reinforced. Since this is exactly what Israel intends to do, as our government has repeatedly stated, they have no reason to stop fighting.

Hamas may accept a ceasefire soon. Its regime might collapse. Either way, it is only a matter of time before the next round of violence. Human lives are not cheaper for Palestinians than they are for us. But nations fighting for their freedom will endure the worst sacrifices. Like in Shujaiyeh.