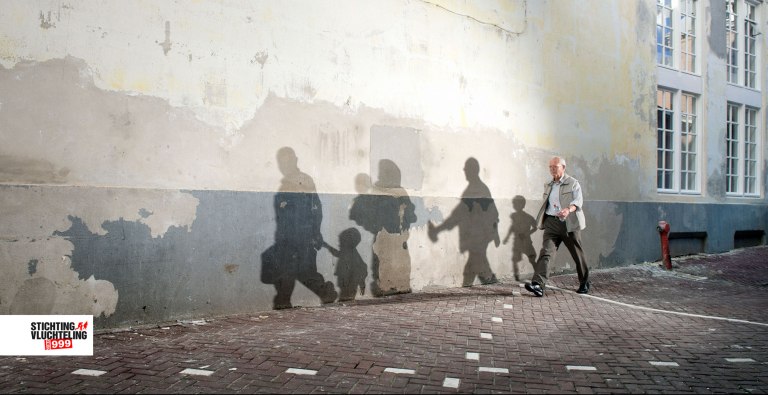 I also come from a Muslim, Iranian, migrant background – where many in my family migrated to the U.S. from Iran in 1979 and throughout the 1980s as both economic migrants and refugees from the Iran-Iraq war – though we never considered ourselves that. In America, at least in the 1980’s, immigrants weren’t categorised as such–we just became ‘Americans’ for better or worse!

So, for me, though I did a PhD on the subject of Islam and feminism, my ‘expertise’ (if I have any to impart) is sourced at the intersection of my studies as well as my life experience.

And, though I certainly cannot speak for the experience of all second generation, Muslim migrants –I think my experience is in part a good place to start precisely because one of the main narratives that has been very potent in this period of a sizable increase in migration– is that large numbers of Muslims coming into Europe is going to fundamentally change European society – with the implied suggestion that this change signals something negative.

Signals the inevitable ‘Islamisation of Europe’ whereby we will all being living under a Wahabbist or Saudi Arabian interpretation of Islamic law, all women will be forced to wear the headscarf and democracy and reason will slowly give way to some form of autocracy.

Obviously, I am using an extreme/exaggerated version of this narrative – but, sadly, I think that the tolerance of these rather apocolypitic visions is precisely what has fortified the gradual (or not so gradual) slide towards the border regime we have today across Europe –what many activists call ‘Fortress Europe’ where xenophobia and overt racism determines state policies regarding migrants

The examples being: Denmark’s new laws legalising the state to confiscate migrants’ belongings to ‘pay for’ their expenses,

to the Irish system of Direct Provision and its passing of the 27th Amendment 10 years ago that has left thousands of children born in the State without any national identity or status.

And, most egregiously, from my perspective, the refusal of the European Union to facilitate safe passage for the thousands who are fleeing war and deprivation that has in many respects been fueled by European foreign policies since at least the early 20th century.

And so where I think many Europeans would righteously scoff at the cowboy rhetoric of anti-intellectual like Donald Trump, I think we do need to realise that Trump’s fantasy immigration policies of deporting 11 million ‘illegal migrants’ and ‘banning all Muslims’ from entering the U.S., isn’t very far-off of the policies that are actually being sanctioned now across Europe.

And the reason why I say my own life experience is a good place to start is that if there were much truth to the narrative of the ‘Islamisation of Europe’, certainly it could be tested or indexed by considering the lives and political values of the children of Muslim migrants like myself.

Accounting for differences of class, gender, and places migrated to — the vast majority of us, are not militant extremists, we believe in democracy, we believe in women’s rights, we have many of the same hopes, desires, dreams and needs as the majority population.

Of course there is a small minority whose experiences of disenfranchisement, especially I am thinking of communities in France and Belgium have lured them towards extremism. I don’t think extremism can be comprehensively explained one’s religion – there are many mitigating factors that together result in one using their religion to justify their political beliefs – rather than the other way around.

I think in these cases, and what majority populations should consider, is why religion, and specifically Islam, is invoked to explain these instances of political violence without any context or alternative explanations? Who benefits from these easy, reductive narratives and why?

Further – I think the narrative of fear presented to us, not simply by the Pegida’s of this world, but also by the thinly veiled euphamisms and hyperbole of the State when they speak about ‘pull factors’ and ‘failed refugees’ is that it really reinforces what I would consider a very colonial mentality and language – that splits the world in two.

That attempt to simplify or bifurcate what are the very rich and complex diversities of our world into one thing and its opposing twin: East/West, Modern/Backward, Us/Other, Mother country/Colony, Civilised/Uncivilised, White/Black.

This vision of the world has many effects, but one of its most dangerous, in my opinion, is how it forces ‘the colonized’ outside of the realm of ‘civilization’. And therefore it assumes there is a normative, natural hierarchy in which the world is organized. And those at the top of this hierarachy – the U.S. and Europe, are able to colonise all visions of what it means to be modern and civilised – and that everything that is not ‘Western’ is therefore the uncivilised, traditional, backwards….

This phenomena  is not simply my opinion, but is at the very heart of the study if postcolonialism and is the central arguement of Edward Said’s book Orientalism where he argued that there has been a sustained pattern of misrepresentation of the Orient, and specifically for Said of the Middle East, in Western/European literature for the precise political purpose of justifying Western domination and specifically European colonialism.

And that many of the tropes that appear in that literature continue to inform Western views of the Middle East and Muslims more generally. —->This notion, authored by Samuel Huntington of a ‘clash of civilisations’.

One of the central tropes/main ideas of this literature is the depiction of the ‘oppressed Muslim woman’ in need of ‘saving’.

And what’s been interesting for me, having been very engaged on this issues of Islamic-Western relations is how unified in many sense the political Left and Right in Europe and the US are on this one point – where the Left would see it as racist to equate all Muslims with terrorism, they don’t often see the specific ways in which Muslim women have been racialised through the acceptance of this trope.

I can tell you from my studies and experience that sexism is not a fixed cultural issue in Islam or even Muslim majority countries:

Ireland, for example, being a good example in the sense that though many people in Ireland might consider it being more progressive than most Muslim majority countries when it comes to gender rights, there are many issues–not least the issue of a women’s right to choose—that should, at the very least, present a critical lens on these taken-for-granted truth claims of superiority.

a – However, we also do not wish our struggle for equity to be hijacked in the service of a conservative, imperialist agenda, like that of the U.S.’s War on Terror.

b – Nor the plight of women to be used to justify Europe’s own sense of superiority when it comes to ‘Human Rights’ – championing women human rights defenders whilst they are fighting patriarchy in their own countries, and then ignoring them and their issues if they need to or choose to leave those countries in hopes of a safer life abroad.

And that brings me to my final points – and back around to how I began with speaking about my own experience…what comes to mind is that old saying:

So where many speak of ‘Western values’ be they European/American, migrants and minority populations will understand best these values in terms of how they are treated, including in law.

So for all of the positive intentions embedded in ‘integration policies’ –

a: these have little value where structures remain unequal, unjust and/or out-right discriminatory. e.g. Direct Provision. We can’t talk about integration as long as there is DP.

b: integration is an idea with a set of values attached to it, and these values and the assumptions they are built upon need to be interogated.

c: Integration/assimilation should be determined on the terms of the minority population not the majority.

In relation to women, this means that where Europe might believe itself to have a more welcoming or progressive society concerning women, where things like discrimination, rape or other forms of gender based violence are not tolerated – and where there have been calls to implement ‘consent courses’ as an integration policy in the aftermath Cologne…. what does it say about women’s rights where women seeking refuge are forced into very vulnerable and dangerous situations, often with the children, in order to seek refuge?

Can we even count the number of women who are sexually assaulted or otherwise abused on their way towards ‘safety’? This is precisely why the call for safe passage – is especially important for women, and it thus a feminist issue.

Or what does it say about our society when Muslim women, especially those who choose to wear the hijab, are subjected to racial abuse or discrimination – especially in law.

Or even more insidiously, the assumptions that are made about them – oppressed, silenced, weak – simply because of their background, the colour of their skin or what they wear. Or when we assume these women have only one identity – oppressed. That feminism is a new concept or that they don’t, like us, also have histories of gender rights activism.

What oppresses Muslim women in Europe is not ISIS or Muslim men – but inequality, structural injustices and huge obstacles non-European people face in every aspect of their lives – education, job opportunities, finding a home….
To conclude, I think we really need to interrogate the notion of Western superiority. To realise that if there is any real merit to the notion of European values, it will be most profoundly understood in terms of how we treat, including in law, the most marginalised of our societies — including minority populations. Ireland recently granted marriage equality to the LGBT community. They like those from minority ethnic backgrounds–including new migrants as well as those from the Travelling and Roma communities, are in many ways the index of the success of liberal values not the exception to them.