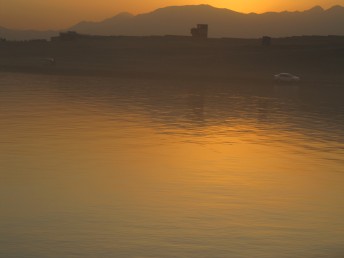 In a northern Kabul neighborhood in December, I met with the director of the Afghan Women’s Skills and Development Center, a non-governmental organization working to enhance the basic skills and capacities of women and girls through education and training courses. The center is a member organization of the Afghan Women’s Network (AWN), an umbrella association of more than 60 women-focused NGOs.

The two organizations have signed a report submitted by 29 NGOs working in Afghanistan documenting their serious concerns over growing insecurity for ordinary Afghans. The report indicates that 2010 was the deadliest year for Afghan civilians since 2001. Careful to outline that a majority of deaths are at the hands of armed opposition groups, such as the Taliban, the report emphasizes that current U.S./NATO military actions — including arbitrary detention, night raids, bombing, and the financing and arming of militia groups — are the most significant factors creating instability for civilians.

The AWN and its partner organizations have been working since the fall of the Taliban to advocate for legislation that would protect, and maybe in the future even improve, the status and rights of women across Afghanistan. All are starkly aware of the realities “on the ground” for women, and speak passionately about the need to create security before any substantive work toward human rights can be accomplished.

Still, the issue of security in Afghanistan is as pressing as it is contested. The narrative of guaranteeing women’s rights in Afghanistan has served as a highly politicized adjunct to the 9/11 rationale for the U.S. invasion. And this objective remains a potent piece of the political puzzle in Afghanistan. Thus, while these two organizations have been clear in their condemnation of U.S. military strategy, they have also argued that a troop presence is necessary because of the violence women would likely face if there were civil war.

However, other women stress that the U.S./NATO presence is contributing so significantly to insecurity in the country that there is no choice but to demand from the U.N. an alternative international force that would not act as occupiers. An Afghan woman named Zohra, a photographer and self-described feminist with a local arts collective, reasons that while cosmetic changes for women have occurred in Kabul and Herat since the fall of the Taliban, for the vast majority of women in the provinces this event held no significant political meaning. Zohra, like her colleagues from AWN, asserts that, while many people in the West focus on the “need” to challenge the gender norms of a culturally conservative society, it is the insecurities generated by war and occupation that remain the principal obstacles to securing human rights for women.

“Your [U.S.] leaders say they are here to secure Afghanistan, especially for the women,” Zohra explains. “The reporters happily wrote stories about how the Taliban did not let women to go to school. And this is true; many of our women cannot even read. But now it is not the Taliban who are stopping the girls. What mother would let her child to go to school if they think a bomb will drop on them? For the girls, does it matter from which hand the bomb drops?”